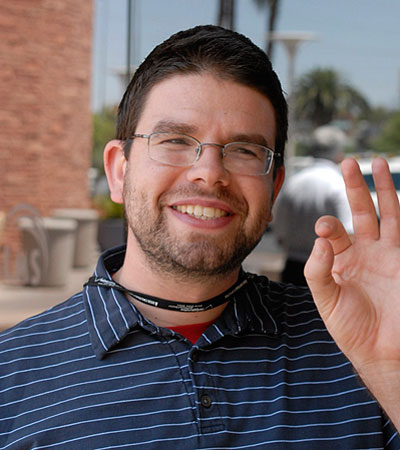 I met Sundance shorts programmer Jon Korn back in the summer, when he was in town for the Worldwide Short Film Festival. He was a surprise bonus guest when I interviewed Wholphin editor Brent Hoff (which you can read here), and at the time, I made him promise to submit to a more formal interview. Six months later, here it is.

The timing is actually great because Sundance just recently announced their full slate of shorts programming, and so Jon might just have a breather for a few short weeks. We conducted this exchange over email in mid-December 2010. The Sundance Film Festival runs from January 20-30, 2011.

James McNally (JM): So the shorts program has finally been announced, which must be a relief for you. To quote the press release, “81 films from 21 countries, selected from a record 6,467 submissions.” That’s a mind-boggling number of submissions and a minuscule 1.25% success rate. First of all, can you describe what you and the other shorts programmers’ lives were like for the past few weeks and months watching all of those submissions?

Jon Korn (JK): It’s pretty amazing when you add it all up…we’re very lucky that so many people want to be a part of our festival! We actually started watching submissions in August to be sure that we saw everything. There are six Shorts Programmers and one Associate Shorts Programmer – and at least one of us watches every film submitted – so we’re all watching over 1,000. The reality of that is months of 20-30 shorts a day, five days a week. It’s solitary work and you can definitely go a little stir-crazy. I actually made a rule that I had to leave the house and talk to a human in person every day, which sounds insane, but was so necessary. Every year when we finish, I’m shocked that I still have a girlfriend. She is the real heroine here.

JM: How do you let 98.75% of the filmmakers know that their short just didn’t make the cut? Form letter email? Personal phone call?

JK: Given the numbers involved, we can’t do calls, so filmmakers get notified via email if their film was not selected. But this year the shorts programmers will be calling anyone who submitted a film AND participated in our ShortsLab in July to give them feedback. It’s super exciting and slightly terrifying. The first ShortsLab was in LA, but more are planned for around the US next year, so keep your eye on our site for more info and you too could get a telephone call from a nervous programmer!

JM: Can you give me an idea of how you put together the shorts program? Do you have an overall shape in mind before you begin the selection process or does a structure emerge organically as you go along?

JK: The program comes directly from what we see and love. I feel like trying to cram shorts into a preconceived organizational structure would be incredibly frustrating and ultimately work against what we try to do, which is to present what we feel to be the most successful American and International work. As far as the process, after we each watch our 1,000 or so, we compile a list of our favourites and then these titles are circulated amongst the other programmers. Then we all meet for four days of deliberation to cut those selects – usually 300-400 – down to the 81 that will play in the festival. Each one of us has to lose films that we love, which sucks, but the sheer joy of watching my colleagues’ favourites and collectively discovering amazing stuff is just incredible. I’m very lucky to have my job.

JM: What portion of the selection comes from unsolicited submissions as compared to films invited from other festivals?

JK: I feel like filmmakers often feel like they need to have a ‘connection’ to get into the fest. As a filmmaker I met this year said “I thought I needed a Bro who had a Sundance Bro,” which, while poetic, is just not true. The vast majority of stuff comes in unsolicited, everything gets watched by a programmer and ultimately films have to stand up against the strongest stuff we’ve seen. I think it’s very egalitarian and pretty transparent. Of course, all of us scour other fests, short film markets and the Internet to find things we love, too.

JM: Speaking of other festivals, how important is premiere status for a short film screening at Sundance?

JK: Not at all. As long as the film was made in the last calendar year and hasn’t been on TV, we don’t care whether it’s played at other festivals internationally or domestically. And we also don’t care if it’s been online. In fact, there are at least four titles that we solicited directly from the Internet this year.

JM: Do many of your short filmmakers get the chance to come to the festival to present their films? Do they get to do (short) Q&A sessions afterward?

JK: I think almost all our short filmmakers were at the festival for at least part of the time last year. It’s a great opportunity to meet your peers and other industry folks. Plus I always feel like filmmakers leave the festival inspired to make the kind of work that will help them return! We do have Q&As after all the short program screenings – each of the programs will screen five times throughout the festival, so it’s always fun to see which filmmakers actually make it to all of their showings. Altitude + sponsored hootch + 8AM showtimes = a few bleary-eyed Q&As for filmmakers and programmers alike…

JM: Do you see shorts strictly as a calling card for directors who want to work in full-length features or is there anybody hanging out at the Sundance festival buying short films for distribution?

JK: Probably the nicest thing about short films is that they’re sort of impossible to define or categorize. So I think every director has to figure out what they want from each short they make. Some are obviously a segment of a longer piece and can serve as a tool for funding, etc. Others are just great examinations of the short form that may or may not have commercial potential. Certainly there are options to sell your short, although I think very few films actually make a huge profit.

JM: I expected the Internet and mobile devices to open up the market for shorts. Do you see this happening? Why hasn’t it seemed to happen as quickly as, say, the market for games?

JK: I think that it’s still pretty tough to charge for any content online, so it shouldn’t be odd that a market for shorts hasn’t yet appeared. That being said, I would argue that the Internet has resulted in a huge increase in the number of people watching short films. Certainly, the stuff that gets the most eyes are the kinds of thing that usually go viral. I know a lot of what I see online ends up featuring some combo of cats, Star Wars jokes and deep fried turkey mishaps, which can be great! But the Internet also rewards creativity and so by the time I get forwarded something, or see it on blogs, Twitter, etc., it’s probably going to be interesting. I’d point to one of our films that we found online, which actually won an award as part of Vimeo‘s festival, called Oops. It’s awesome, and there’s no surprise it went viral. But it’s also undeniably art and experimental art at that! So the audience is there, but the money isn’t. Yet.

JM: Finally (and pay attention here young filmmakers!), after watching so many shorts, can you tell me what are some of the worst clichés that you tend to see over and over in rejected submissions

JK: My biggest disappointment is when filmmakers take on more than their skill and budget can realistically achieve. I love space operas and car chases as much as the next guy, but not when you’re doing it for $200 in your buddy’s Mom’s backyard. Save the Vikings and alien assassins for when you can really do them justice! We’re showing a film called Pioneer that’s just two people in a room. but it’s so well-written, shot and performed that it’s f-ing spectacular. And hopefully the director of that will now get a chance to try something bigger. Because he showed he was ready. You gotta walk before you run, especially if that running is in slow motion, away from a giant explosion.

Also, I feel like new filmmakers rarely get productive feedback on projects in development. You should be showing your film in every stage to people you trust to be honest, even mean. Your Dad will love it because he loves you, but he’s not gonna be able to suggest how it can get better. And every film can get better, even the really, really good ones.

Finally: mockumentaries. Proceed with caution! I’ve seen what feels like millions and it’s so hard to do well, let alone actually be funny. People train for years to be good at improv. Those Chris Guest and Sasha Baron Cohen films are deceptively complex.

That said, please ignore any of these if you have an amazing idea that you’re passionate about. (Except for getting feedback. That one’s non-negotiable.) We play films every year that feature what could be ‘clichés,’ except the filmmakers have figured out a way to make the material feel fresh, personal and exciting.

This entry was posted in Film Festivals, Interviews, Sundance and tagged shorts. Bookmark the permalink.