TIFF season is upon us again. For the past few weeks, I’ve been patiently entering each batch of announced films into a spreadsheet, and noting with growing alarm the number of great films that are making their way to my city. Each year, I preview a few in the hope that it helps me narrow things down. In this first post, I’ll focus on documentaries: 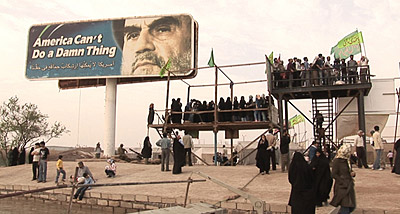 Bassidji (Director: Mehran Tamadon): This looks timely in light of the recently contested presidential election in Iran. The filmmaker followed members of the Islamist citizen militia over three years in an attempt to understand their rabid support for Iran’s Islamic revolution. These are the same people who have been blamed for much of the post-election violence inflicted on protesters. There are allegations that the government controls them at arm’s length in order to deny responsibility for any “excesses.”

Cleanflix (Directors: Andrew James and Joshua Ligairi): I remember reading a few years ago about several Utah companies who rented “edited” versions of Hollywood movies to devout Mormon customers. All the sex, violence and bad language had been removed. I always wondered how long and how coherent the resulting movies could be. This documentary follows these entrepreneurs, some of whom experienced a few R-rated plot twists of their own.