This morning, Hot Docs announced the full lineup for the 16th edition of this internationally-renowned documentary film festival, running this year from April 30 – May 10. From the press release, I learned that there were almost 2,000 films submitted, and from that huge number, 171 films from 39 countries were selected for screening. 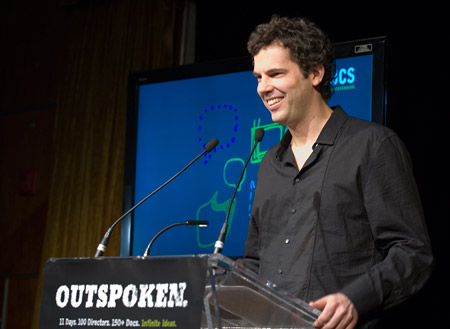 My involvement this year started a number of weeks ago, when I was invited to help screen submissions as an Associate Programmer. Now my role shifts back to being a member of the online media. I’m hoping to watch and review as many of these carefully-chosen documentaries as I can fit into my schedule. Just having a look over some of the selections, I’m excited and looking forward to my sixth year of attending what is probably my favourite local film festival. Here are just a few of the highlights I’m anticipating:

Tickets and passes are already on sale, and I can assure you that Hot Docs is one of the best bargains for film lovers in this city.

Here’s a link to the full schedule.

P.S. Looking over the final lineup, I realize that none of the 61 documentaries I watched in February made it in. And I saw some very good films.

This entry was posted in Documentaries, Film Festivals, Hot Docs and tagged #hotdocs09. Bookmark the permalink.