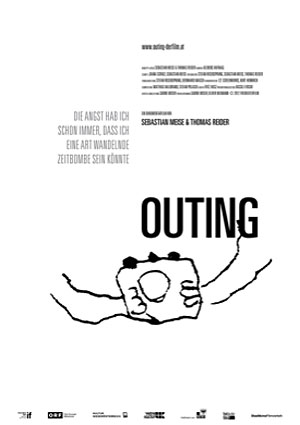 Outing (Directors: Sebastian Meise and Thomas Reider): Sven is a young German man who faces the camera at the very beginning of this harrowing film and confesses his (unwanted) sexual attraction to young boys. His confession and participation in the film is an attempt to ensure that he never acts on this desire. It’s an admirable goal and an extremely courageous step, and yet Sven’s life is never going to be easy. Directors Meise and Reider incorporate some of Sven’s family’s home videos of his own childhood to remind the viewer that someone that many would consider a monster grew up in an environment that looked pretty normal.

Sven tries to figure out why he is the way he is, and we learn that his father was withdrawn from the family and that his mother never expressed affection for him. Perhaps his pedophilia is an attempt to hang onto his childhood or to experience childhood in a way he never did. Nonetheless, he knows his desires are dangerous, even if he can’t change them. The filmmakers follow Sven over a period of four years, checking in with him every few months to see how he’s doing. Although he is an intelligent man with a valuable profession (he’s an archaeologist), he doesn’t seem able to connect with his co-workers or neighbours. Years of keeping his secret as well as his lonely childhood have left him unable to form attachments easily, and he is constantly searching for a therapist who can help him manage his feelings. We overhear an interview with one who warns him that his social isolation only makes it easier to act on his attractions, since there’s “nothing to lose.” The irony is that because he’s unable to talk about his situation with anyone other than fellow pedophiles, he lacks a peer group who could keep him from harming a child.

As the film goes on, he seems to depend more and more on his online community, a group of pedophiles who all claim not to have acted upon their desires. But they share fantasies and photos of “cute” (though clothed) children. It’s difficult to watch, since it only seems to inflame Sven’s desire for a “relationship” with a child. Even though he knows this is inappropriate, he seems to want to test his limits and when he feels he’s succeeded (sleeping in the same bed with his young nephew, for instance), it makes him bolder, wanting to get even closer. It’s creepy but also heartbreaking, knowing that he has had so little human affection in his life.

The challenge is that there are very few therapists who know how to help people like Sven. These desires are unexplainable, and seem unchangeable. He meets an older man who, after twenty years of largely unsuccessful therapy, opts for castration surgery. It removes some of the sexual urgency, but not the fantasies. When Sven first discovered his pedophilia at the age of 16, he tried to kill himself. Facing a lifelong struggle at such a young age, he’s doing his best to appear optimistic, but despite his nervous smiles, it’s hard not to see the strain and fear on his face every time he speaks to the filmmakers.

Outing is an act of bravery from both filmmakers and subject. A therapist actually tells Sven he’s putting his life in danger by outing himself, and in another heartbreaking moment, Sven acknowledges that someone might kill him, and that “it wouldn’t be so bad.” There are no happy endings in this story. Either Sven struggles with his desire for the next 50 years, opts for drastic surgery, some hateful person kills him, or he stumbles and hurts a child and ends up in prison, where pedophiles are not particularly popular. He didn’t ask for these desires and despite his valiant efforts, he may not be able to resist them forever.

The film doesn’t have any answers, but it does put a human face on a real problem that nobody wants to acknowledge. And in a society that uses sex to manipulate ever-younger consumers, people like Sven have a more difficult road than ever. The final title card reveals that there are more than 250,000 people like Sven in Germany alone, people struggling against their pedophilic desires, who don’t want to hurt children, who hate themselves for not possessing a socially-acceptable sexual self. If we really want to protect children, we need to do a lot more to help these people and not wait for them to offend and then just lock them up. Hopefully Sven’s desperate act of courage will do some good.