I’ve been contacted by several Canadian short filmmakers recently and it appears that there is a veritable Canadian invasion of tiny films screening at this year’s South by Southwest Film Festival. If you’re attending, and even if you’re not, keep your eye out for the following concentrated shots of Canadian filmmaking genius.

Animal Control (Director: Kire Paputts): Before Sammy came along, all of Larry’s “friends” were roadkill animals he’d stuffed. When he finds a dog at the side of the road who’s not roadkill, his life changes dramatically. Starring the great character actor Julian Richings, a mainstay of Canadian independent film.

Clear Blue (Director: Lindsay Mackay): A young lifeguard is unnerved by an older woman who can hold her breath for a very long time indeed.

Mokhtar (Director: Halima Ouardiri): Based on a true story, Mokhtar recounts the tale of a young boy who lives with his family of goatherds in a remote Moroccan village. One day, the boy finds a fallen owl and decides to keep it, despite the fact that the owl is considered a bad omen. 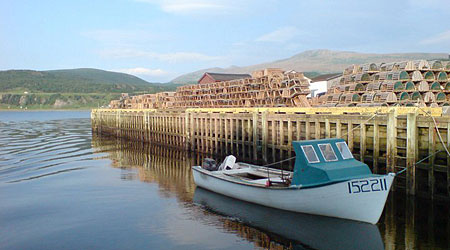 National Parks Project (Producers: Ryan J. Noth and Geoff Morrison): This ambitious project will eventually consist of 13 separate short films made by various directors (including Jamie Travis and Zacharias Kunuk) and scored by a number of well-known Canadian bands. I’m not exactly sure what’s screening at SXSW but it is going to be accompanied by a live score performed by the musicians. This one-time-only screening takes place on Friday March 18 at 12 noon at the Alamo Ritz 1. Unfortunately, that’s after I’ve come home.

Official site of the project

This entry was posted in Film Festivals, SXSW and tagged #sxsw11, canada, shorts. Bookmark the permalink.