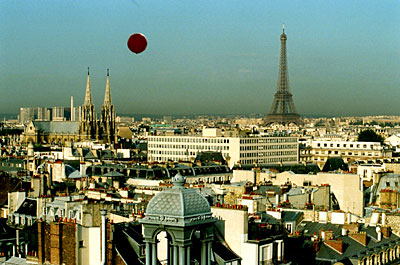 Le Voyage du Ballon Rouge (Director: Hou Hsiao-hsien): I have to admit that as much as I’m familiar with Hou Hsiao-hsien’s name, I hadn’t seen any of his previous films (Three Times (2005) and Café Lumiere (2003) being the most recent). That being said, someone I know told me that in his opinion, most of Hou’s best work was from the 80s and 90s and is actually pretty hard to find. Setting the film in Paris was admittedly a gamble, and deciding to make a sort of homage to Albert Lamarisse’s classic children’s film La Ballon Rouge (1956) an even bigger one. For me, anyway, it didn’t pay off.

We’re dropped into a story with very little exposition. Juliette Binoche plays Suzanne, a voice actor for a puppet theatre and a harried single mom. Her son, Simon, is watched by a new nanny, Song Fang, who just happens to be both Chinese and a film student making a film. So, with an obvious directorial stand-in in place, what happens? Not too much. Song uses Simon in her film project which is very much like the classic film, and we see footage scattered throughout the rest of the main film including, somewhat confusingly, at the very beginning, before we’ve even met the characters. There are also scenes where the titular orb floats outside the apartment when Song is not actually filming. I found its presence baffling most of the time, and the film, like the lives it portrays, as scattered and uneven, though well-intentioned. Suzanne’s living arrangements are messy and her relationships unclear, and by the end of the film, there’s really no sense of resolution. What I did like about the film was its wonderful use of natural light, as well as the corresponding naturalness of the dialogue, with characters repeating dialogue not heard the first time by other characters, and other realistic touches.

But in the end, I wasn’t really moved. My balloon, instead of taking flight, just slowly deflated over the film’s 113 minutes.