It’s the end of the school year, and fittingly, it’s time to celebrate the best of Canadian student filmmaking. On Tuesday May 22nd, TIFF Bell Lightbox will present the 9th annual Student Film Showcase, featuring ten short films from the next generation of Canadian filmmakers. It’s presented in partnership with the Film School Consortium, which boasts sixteen member schools from across Canada.

I had a chance to see the films early, and thought I’d give you a few of my thoughts on them. I’ll try to avoid showing my distaste for “calling card” short films because it’s understandable why a student filmmaker would want (or be required) to make one. For what it’s worth, the level of technical craft was very high across the board, which means that the schools themselves are doing their job. Now whether all of these filmmakers have interesting stories to tell? Time will tell… 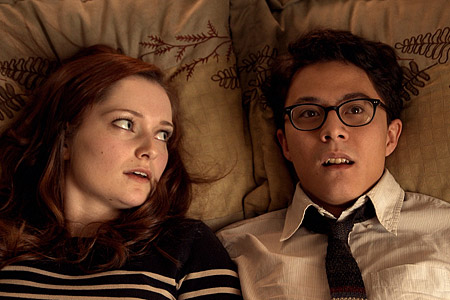 Matthew Yim does almost everything in his film, writing, directing, editing and even acting the lead in this endearing story of a couple who just might be pregnant. There’s a nice chemistry between the leads, and Yim has enough onscreen charm to match the wit of his script.

A Vietnamese man narrates his story of imprisonment and eventual freedom in this animated film. The animation style is rough but evokes the hardships of the man’s life well. The filmmaker’s personal connection to the story adds poignancy.

An “old-timey” short about a barber who volunteers to wrestle the well-nigh-invulnerable Maldini. Light on story and characterization, a little overacted (though that’s down to the style) and a bit too in love with its stylistic tricks, this felt the most “calling-cardy” of the lot.

Very likely my favourite of the bunch, with a smart sci-fi premise it uses to explore human nature. Alex works for a company that erases the online presences of deceased people. Visiting their grieving families gives him the chance for some inappropriate flirting. But when one client takes things too far, Alex may need to rethink things. Unfussy about showing off the technical side of its premise, Erasermen feels like a compelling chapter in a larger story.

And here we have an example of the opposite: an extremely high-concept premise that leaves its character’s motivations opaque. A man is confined to a room with no door, receiving communications from his family by fax. How can he escape? Well, since we know very little about him, we don’t end up caring very much. 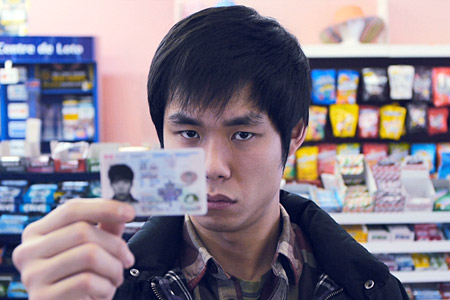 A young Korean man living in Canada is facing the prospect of having to return home to serve his mandatory 2-year military service. Determined to avoid it, he comes up with plots from absurd to homicidal. This had a lot of comedic potential, but I found the ending abrupt and a bit unsatisfying. 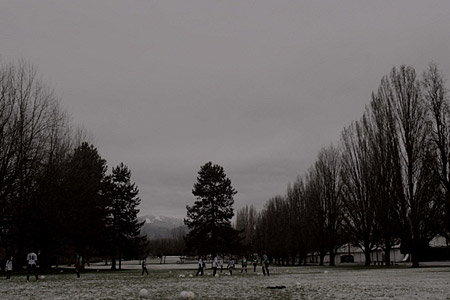 The most formally experimental of the program by a long margin, Lingo uses a static camera and long shots to sort-of tell the story of a young Afghan boy who inadvertently starts a fire that burns down a neighbour’s house. A misunderstanding lands his non-English-speaking mother an uncomfortable interview with a police interpreter. I want to applaud the daring of the filmmaker, because some of the techniques used are pretty alienating to the audience, but the end result communicates a real sense of confusion and alienation, even when someone is supposedly speaking your language.

A way-too-short piece of virtuoso animation set to a rollicking jazz tune. A calling card, sure, but don’t be surprised if Mr. Heezen is working at Pixar this time next year.

A unique animated piece, using yarn and plants to tell a story about… well, I’m not exactly sure what it’s about (there are a fox and a woman involved), but it’s lovely to look at.

This entry was posted in Shorts, Special Events and tagged lightbox. Bookmark the permalink.