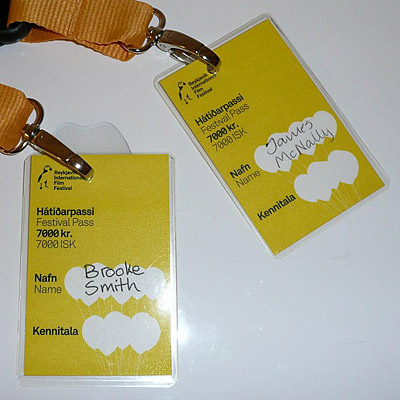 I really felt that since this was our first visit to Reykjavik, and to RIFF, that I should talk about some of our experiences outside of the films themselves. In fact, we had some of the best and worst experiences of the festival when we weren’t at regular screenings, and these stories are worth telling, at the very least for posterity, but also in the hope that they’ll help the RIFF organizers fine-tune their festival to make it better for international visitors and journalists.

I’d say that first and foremost we were taken aback a little by the overall character of Icelanders themselves. Though I’d been warned a little bit by my new Icelandic friend Alda that Iceland didn’t possess much of a “service mentality,” I was still under the impression that Nordic countries were all very disciplined and organized. I’ve visited Norway, Sweden, Finland and Denmark and have found that assumption to be generally accurate. Not so in Iceland. The best way I can put it is that Icelanders possess a combination of self-reliance (not surprising considering that for most of their history, they were a rocky and barren outpost dependent on fishing) and bohemianism (everyone is an artist, musician or filmmaker, and often more than one) that makes them completely unique. Unfortunately, it also makes them a little bit indifferent to what visitors might want or need. I’m hesitant to provide the following examples for fear of seeming ungrateful, so I’ll post a disclaimer first. RIFF was incredibly generous in providing press accreditation to both me and my wife, and everyone we met was friendly. But there were a number of failures of organization which, for a festival in its fifth year, are a little hard to understand. 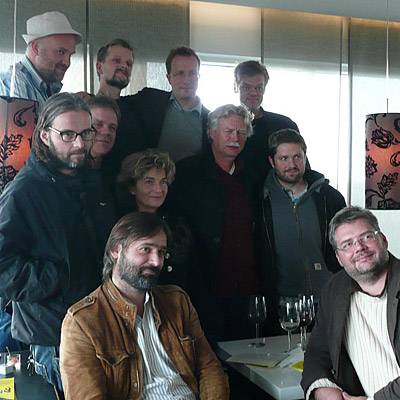 Whew. I didn’t intend for that to be as long and ranty as it turned out. If you’re still with me, I don’t want to give the impression that we didn’t have any fun. In fact, the best times we had were at a number of smaller events that we were specially invited to. For those, I’d like to specifically thank the Icelandic Film Centre (in particular Thóra Gunnarsdóttir and Laufey Guðjónsdóttir) who have always seemed nothing but professional in my contacts with them.

All in all, we had a wonderful time, and spent quite a few of our days driving around the countryside seeing the sights. I’ll look forward to seeing how RIFF matures, and would definitely be interested in coming back again soon. Next time, I’ll just carry a better map!

Here are our photos from the entire trip (warning: many non-film-related ones, but you’ll enjoy them, I assure you!)

This entry was posted in Film Festivals, Travel and tagged iceland, reykjavik, RIFF. Bookmark the permalink.