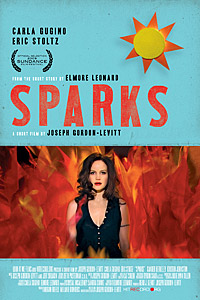 “What I’ve always wanted to do is direct.” More cringeworthy words have never been uttered, when it comes to Hollywood stars wanting to switch sides of the camera. But is that fair? Lots of actors have gone on to respectable careers as directors (Clint Eastwood and Ron Howard to name just two, though I’m not a fan of either). So here are six shorts: vanity projects or first forays into a new career? I’ll let you know.

In my research, I discovered that both Monday Before Thanksgiving and The Spleenectomy were part of Glamour Reel Moments, a competition running annually since 2005, sponsored by Glamour magazine and Suave shampoo! Each film was apparently “inspired” by an idea submitted by a Glamour reader. Another film from this year’s edition, Streak was directed by Demi Moore and starred her daughter Rumer Willis. Initially, I wondered why that one didn’t make it into this programme, but seeing as the two Glamour-sponsored films were my least favourite, I’m not really bothered to track down Demi’s effort now.

This entry was posted in Film Festivals and tagged #wsff09, shorts, worldwideshortfilmfest. Bookmark the permalink.