Ciné-Jeudi at the NFB Mediatheque

Toronto’s NFB Mediatheque (150 John St.) presents French-language films (with English subtitles) the first Thursday of each month, in partnership with Alliance Française de Toronto, le Bureau du Québec à Toronto, Cinéfranco, the Consulate General of France in Toronto and Théâtre Français de Toronto. Each film screens with one of the NFB’s acclaimed shorts preceding it, and tickets are a ridiculously cheap $6 for adults and $4 for students, seniors, NFB and Alliance Française members. Check out this upcoming schedule:

The poignant story of a young girl in Iran during the Islamic Revolution, based on the award-winning graphic novel by Marjane Satrapi.

A crazy day in a neighbourhood under reconstruction: seven characters and a rag doll are swept up in a dizzying chain of events.

Stuck between dream and reality, a civil servant reinvents himself as a celebrity, escaping from his quiet and desperate life.

Everyone seeks refuge as a sudden rainstorm is unleashed on a city. 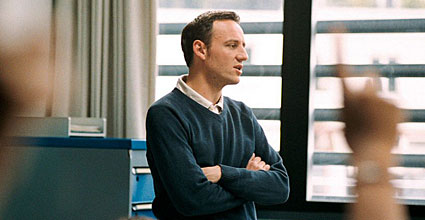 A well-intentioned teacher’s classroom ethics are put to the test when his students begin to challenge his methods.

Happy passengers have a great time on a crowded train, oblivious to the unknown fate that awaits them around the bend.

This entry was posted in Special Events and tagged france, nfb, quebec. Bookmark the permalink.