Alles wird gut (Everything Will Be Okay) 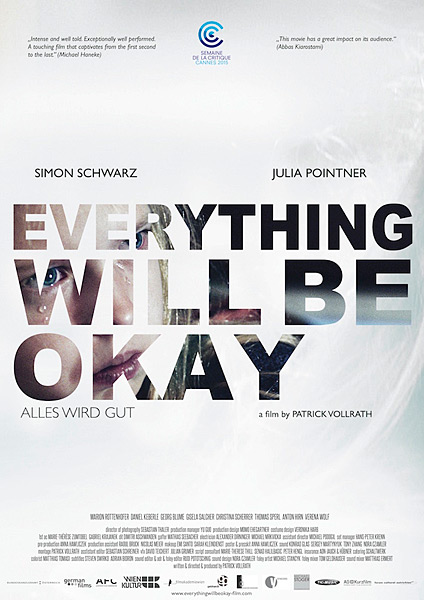 UPDATE (Friday January 15, 2016): Congratulations to Patrick and his team, the film has just been nominated for an Academy Award for Best Live Action Short. Good luck!

Patrick Vollrath’s 30-minute film drops us into the life of Michael Baumgartner, divorced father of 8-year-old Lea. As the film begins, he’s anxiously waiting to pick her up for his regular visit. His anxiety doesn’t end when she happily greets him, however. And his refusal to even meet the eyes of his ex-wife let us know that something is up. As he takes Lea to a toy store to choose anything she wants, and then to a photo booth where he encourages her to pose for some “neutral” photos after the silly ones, we realize he’s planning to take her away. As it begins to dawn on Lea that something’s not right with Daddy, the film subtly shifts to her perspective.

Alles wird gut is something spoken to the young girl twice in the film, and in each case, we share her skepticism. Vollrath’s film is gripping from start to finish, with fantastic performances from the two leads. Simon Schwarz ably portrays the desperation of a father terrified of losing his connection with his daughter, but especially noteworthy is young Julia Pointner in her very first film role. She carries the film in the ironic position of the voice of reason. Watching her reach a state of near-catatonia as her parents engage in a literal tug-of-war for her is heartbreaking on many levels. The handheld cinematography also adds to the sense of immediacy.

Vollrath won a Student Academy Award this year for the film and Alles wird gut has been collecting other prizes on its festival run. If you get a chance to see this remarkable short film, don’t miss it! 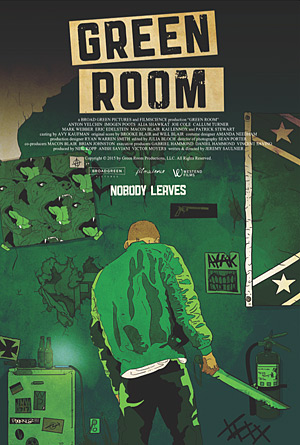 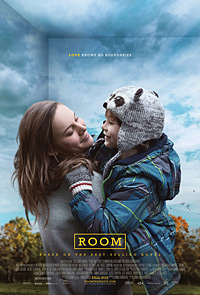 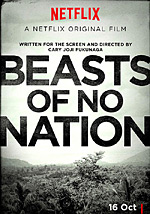 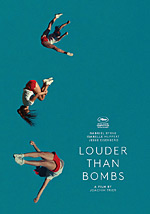 Posted on September 2, 2015 by James McNally

Athina Rachel Tsangari produced several of Yorgos Lanthimos’ films, notably Dogtooth (2009) and Alps (2011), both of which I’ve seen and enjoyed. I missed her last feature Attenberg (2010), but it’s clear that she and Lanthimos share a certain absurd sensibility: they create their own worlds in which very particular rules apply. These rules, in fact, are often made up by their characters as a form of game-playing or a way to control other characters. Chevalier is no different.

A group of men, connected through family, work, or friendship, are enjoying a vacation together on a yacht in the Aegean Sea when they come up with an idea. A contest to determine who is the best of them all. The winner will wear a distinctive signet ring on his pinkie, but the competition will be fierce. 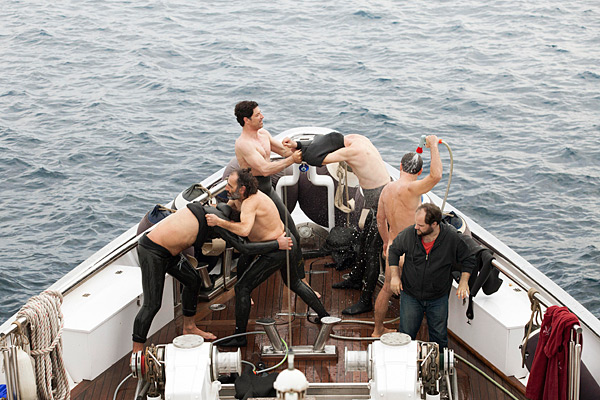 Tsangari’s film is a hilarious sendup of male insecurity, vanity, and competitiveness. We’ll see aggression but only of the passive variety, as modern masculinity is put under the microscope. And watch for an amazing scene involving the assembly of IKEA furniture. This is satire of the highest quality, poking fun at the absurdities of “manhood” while still maintaining sympathy for its characters.

It’s notable that Tsangari’s co-writer is Efthymis Filippou, who also co-wrote all of Lanthimos’ recent films, including The Lobster, which is also playing in this year’s TIFF lineup. Filippou has a rather interesting web page. 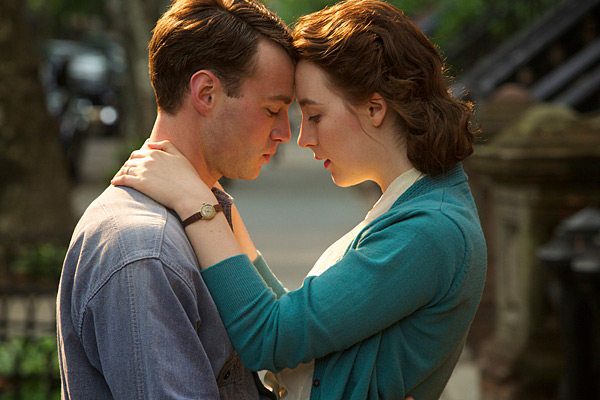 Disclosure: FilmFreeway is the exclusive submissions platform for my short film screening series Shorts That Are Not Pants, but this interview was unsolicited and I received no compensation or advantage for conducting it.

In just over 18 months, Vancouver startup FilmFreeway has done something that seemed impossible a few years ago: they’ve made a significant dent in the market share of film industry giant Withoutabox (WAB), the biggest submission platform for film festivals in the world. WAB is currently used by all of the most important festivals (Sundance, Cannes, TIFF), but maybe that’s soon to change.

WAB was founded as a startup itself back in 2000, but in 2008 was acquired by IMDb, another startup which had been acquired by Amazon in 1998. Since becoming an Amazon business unit, WAB has been the subject of constant complaints from filmmakers and festivals for its cumbersome web interface and business practices that some consider predatory. It seemed that David had become Goliath. In February 2014, another David came along, and has now attracted more than 2,500 festivals (though none of the biggest ones, yet) to use its service.

I spoke to founder and Chief Technology Officer Zachary Jones about his company’s success and plans for the future.

James McNally (JM): Tell me how FilmFreeway got started. Had any of you had experience in the world of film or film festivals previously?

Zachary Jones (ZJ): We created FilmFreeway as a free and modern alternative to Withoutabox. At the time of our launch, WAB was charging $3 each for SD online screeners with extremely antiquated technology and virtually no customer support whatsoever. We were the first to introduce free HD online screeners and WAB was forced to follow. WAB still charges filmmakers $400 for “discount packs.” FilmFreeway never charges filmmakers an added fee for our services. On a $20 entry, FilmFreeway is still more than 7 times cheaper than WAB from a festival standpoint.The difference is night and day. A few of us had prior film experience, but we’re mainly engineers and designers.

JM: Several challengers to WAB have tried and failed to make a dent in their dominance. What makes you guys different?

ZJ: FilmFreeway has been successful because we have a very high quality product and we back it up with personal customer support and a fair business model. It’s still not possible for a filmmaker to get a support representative from WAB on the phone and it often takes three days to get a reply from them via email. That’s just not acceptable.

JM: You’ve been quite cheeky in comparing your offering with WAB in your marketing materials. Are you worried about WAB hitting back, either through marketing or through legal threats?

ZJ: No, we did our homework before we entered this space. As long as FilmFreeway continues to push WAB to reduce their pricing and improve their product, then we’ve done our jobs. When submissions platforms compete, filmmakers and festivals win. Monopolies are illegal for a reason.

JM: WAB recently redesigned their interface, which you see as a reaction to your increase in market share. Are you worried they might be able to adapt and steamroll you with their financial resources at some point?

ZJ: They had a 15-year head start and unlimited resources. If that wasn’t enough to win, copying our designs and features won’t do them much better.

JM: What have been some of the challenges of your rapid growth so far?

ZJ: Hiring is always tricky because you want to make sure you get the best people that are the best fit for the culture of the company. We’re still a bit understaffed but we’ve brought on some great new people to the team and we love coming to work each day to continue to work on the best submissions platform in the world.

JM: How close are you to getting one or more of the major film festivals onboard? Is that something you’re actively pursuing?

ZJ: We’ve already got 15 Academy-accredited festivals on board and some of the biggest names in the industry including the Student Oscars, Slamdance, Palm Springs, Raindance, and many more. Every day new festivals sign up. It’s an exciting time.

JM: After signing up more than 2,500 film festivals in less than two years, you must have received a lot of feedback and hundreds of feature requests. What are some of the most surprising things festivals and filmmakers have told you?

ZJ: The support we’ve received from filmmakers and festivals has been overwhelming. We never imagined we’d be embraced by the community in the way that we have. We’re humbled and incredibly grateful for the support. We’ve created a page on our site where we embed the wonderful feedback we receive from festivals and filmmakers on Twitter here: https://filmfreeway.com/pages/love.

JM: Can you give us any clues about upcoming features?

ZJ: We’re very excited about some new features we’re working on that will provide additional tools and resources for filmmakers to further promote their work online and maximize the visibility of their films.