Another Night on Earth 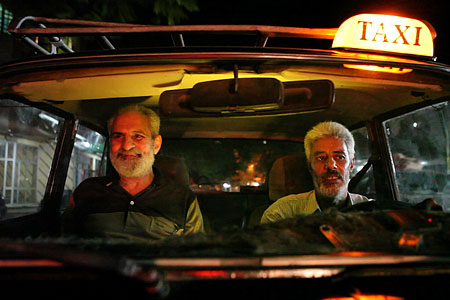 Another Night on Earth (Director: David Munoz): Munoz packs a lot into this hourlong verité observation of Cairo’s harried taxi drivers. Filmed in 2011, while protesters were still occupying Tahrir Square, everyone in Another Night on Earth has an opinion on the revolution. What’s most surprising and refreshing are the messy but absolutely honest exchanges between people you’d never expect to see together. The real revolution seems to be the emerging role of women, from the rare female cabbie who’s been driving for 30 years, to the young niqab-wearing revolutionaries arguing for their right to work and an education. Everyone complains about corruption and poverty, hoping that current events will help, though most seem resigned to more suffering.

Some of the best moments, though, aren’t political at all. An argument over the quality of Egypt’s footballers leads to a hasty exit; a cabbie scolds a kid because he only seems to play sports on Playstation; a woman’s rowdy kids sing a song about getting stoned while the driver complains of a headache. Throughout it all, Cairo’s lively culture of bluntness mixed with polite religious platitudes makes for an enlightening and interesting ride. Director Munoz mostly stays out of the way, but does vary the camerawork enough that you don’t feel trapped in the traffic, unlike his subjects.