The Canadian Film Fest returns from March 20-23 at the Royal Cinema. Featuring a homegrown lineup of 6 features and 19 shorts, this year’s edition continues the festival’s resurgence. New this year, filmmaker Warren Sonoda will be leading a daylong filmmaking masterclass on Wednesday March 20th that looks like a can’t-miss event.

Once again, I’ve decided to focus my attention on a few of the short films. I’ll indicate screening times with each capsule review. You can check out trailers for some of the films on the festival’s YouTube channel. 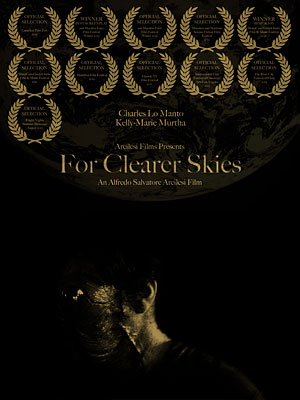 The first four or five minutes of this are pretty opaque, but once the protagonist’s situation becomes clear, it’s a pretty inventive story. I won’t spoil it except to say there’s a sci-fi premise and some subtitles in a language you’ve never seen before. Technically the film is a bit rough around the edges, but I admire the novelty of the concept. 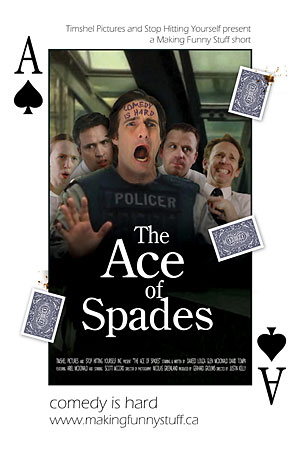 The first short film from the comedy troupe Making Funny Stuff feels exactly like a pilot episode for a sketch comedy show. And that’s not bad. The group (Glen, Daveed and David, along with Glen’s reluctant 12-year-old daughter Ariel), dressed up like some kind of comedy Mormons, show up on the doorstep of Canadian TV action star Scott McCord, who plays their hero Thorn on “Rookie Flashbang.” Talking their way inside, they try to get him to mentor them in the ways of comedy. Before long, digestive problems and the adolescent tendency to hog the bathroom lead to a showdown. Despite some of the literally bathroom humour, I found this quite funny, but it kind of just stops rather than having any sort of dramatic denouement. As performers, these guys are funny, but writing something longer than a sketch is a challenge, one I hope they can solve at some point.

The Edwards were happily married. When their marriage hit a rough patch, they sought advice. Now they have to make a last-ditch effort to save their marriage. This is one of those “punch line” shorts whose gag is revealed about halfway through. That makes it tough to see out the rest of the story in any satisfying way, but it’s still a well-made if slight thing. The synopsis on the festival site as well as the image there pretty much give away the twist, so I won’t use them here. 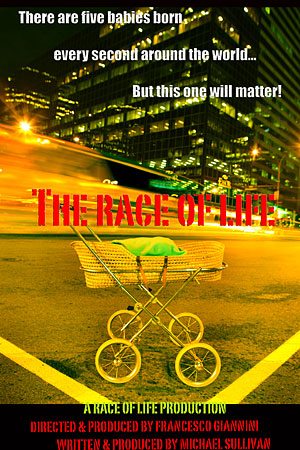 It’s the final show of the season, and everyone around the world is watching! Which couple’s baby will be born first and win five million dollars? It’s a shame that such otherwise strong filmmaking talent is wasted in this overly-broad, borderline offensive “satire” of reality television. Relying on tired racial jokes and stereotypes about, for instance, the clergy or the upper-class, this has nothing intelligent to say. At least the poo jokes in The Ace of Spades are universally funny.

This entry was posted in Film Festivals, Shorts and tagged #canfilmfest13. Bookmark the permalink.