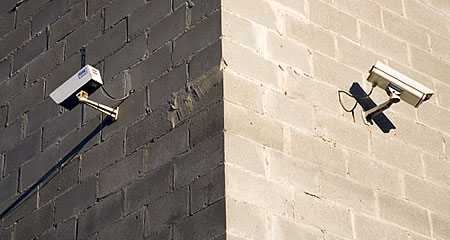 Every time I get together with other film bloggers here in Toronto, somebody inevitably gasps in horror as someone else admits that they haven’t seen a particular movie. This has always been amusing to me, because, you know, everyone has their cinematic blind spots. Though there is no Official Canon of Films You’re Supposed to Have Seen™, sometimes we act as if there is. And there are definitely films that, as a cinephile, I know I should have seen by now, but just have never gotten around to. Hence the idea for the Blind Spot series.

I shared this idea with Ryan McNeil a few weeks back and he’s already gotten the jump on me in posting his list, but the gist of the idea is that I’m going to list a dozen films below. Films I feel somehow guilty or silly for not having seen yet. I’ve sometimes nodded along to discussions of these films, hoping nobody would ask me my opinion. By the end of 2012, I will be armed with my own opinions on them, along with a small sense of accomplishment.

My hope is to watch and post something about each film on this list during 2012. Though I have many many more than 12 on my blind spot list, for this first attempt, I’m going to try to balance Hollywood films with foreign and documentary films. Ideally, I’ll post once a month, but I’m not holding myself to that and neither should you. Here goes (and no gasping!):

Films marked with an asterisk (*) are ones I have actually owned on DVD for quite a while now.

You are more than welcome to join me in this enterprise. Come up with your own list, post in the comments and/or on your blog, and let’s keep each other accountable for expanding our knowledge of cinema next year!

Thanks to Flickr user atomische (Tom Geibel) for making his image available under a Creative Commons license.

This entry was posted in Blind Spots, Lists. Bookmark the permalink.