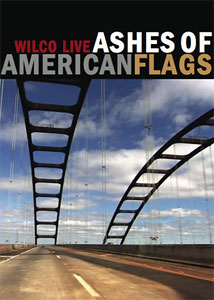 Editor’s Note: I’ve decided to begin posting some reviews of films screening at Hot Docs 2009 early, hopefully helping anyone attending make some decisions about what to see. Ashes of American Flags is screening on Friday May 8 at 9:15pm at the Bloor Cinema and Saturday May 9 at 4:30pm at the Royal Cinema.

The film is a simple mix of live performance and band member profiles in a series of loose interviews. The performances convey the incredible artistry and unique sound that each musician brings to the group. It’s one thing to hear Wilco on a CD, but watching them perform live makes you appreciate their music on a whole new level. They truly are one of the best live bands in America.

Ashes of American Flags was released yesterday (April 28) on DVD but you’ll want to see this film on the big screen.

Here is the Q&A with directors Christoph Green and Brendan Canty from after the screening: