A Word from the Man Behind the Curtain

Back in January, 2011 was looking to be a very good year indeed. I had just finished compiling the votes for the inaugural CAST Awards and was pleased with the level of participation.

In March, I was flattered to be included on a panel on online film criticism among such exalted company as longtime film critics Adam Nayman and Jason Anderson and filmmaker Margaux Williamson. You can listen to us bat the subject around for almost two hours, if you like.

In May, I was contacted to talk about Toronto Screen Shots for a blogging conference and the result is the video you can see above.

My confidence was rising, which helped because, also in May, I quit a very lucrative job. It was the first time I’d ever left a job with nothing else lined up already. Maybe I thought the film business was waiting to welcome me with open arms.

In the midst of a very tough job search, I was at least fortunate enough to be able to attend a number of press screenings, and enjoyed the deepening camaraderie with a number of colleagues, people writing about film on both a paid and unpaid basis. It was at this point when I probably should have hustled a bit more.

Personal aside: I’ve never been particularly good at “tooting my own horn.” I suppose this could be partially responsible for my zig-zagging career trajectory. I’ve been happy to be a jack-of-all-trades generalist in the belief that it makes me a more “interesting” person. So while I believe I’m pretty good at most everything I try, I’m not confident enough to scream, “hey, look at me! I’m awesome!”

I began to notice a few of my blogging friends picking up paid writing gigs, and privately I was a bit envious. But instead of asking them how they did it, I continued to sit back and wait for others to come to me. When they didn’t, I reasoned that maybe I just wasn’t good enough, or that I really didn’t want it enough.

I do think both those things are true, by the way. Not that that can’t change.

The web is a wonderful thing, and I’ve been fortunate to have been riding the wave of internet publishing (“blogging”) since pretty close to the beginning. But I’ve increasingly felt out of sorts with the way the Internet has enabled the most obsessive among us to succeed. Remember, I’m a generalist. Even among some of my dearest film blogger friends, many of whom are a generation younger than me, I feel at once less serious about film and yet more connected to the rest of the world. I feel inferior and superior at the same time.

So I began trying to figure out what I wanted Toronto Screen Shots to be. I knew from the very beginning that I didn’t want it to be a “movie news” site, trying to break stories about the casting or budget of the latest blockbusters. I prefer to focus on reviews. But even keeping up with the new releases each year, whether theatrically or on DVD, has become next to impossible for me. 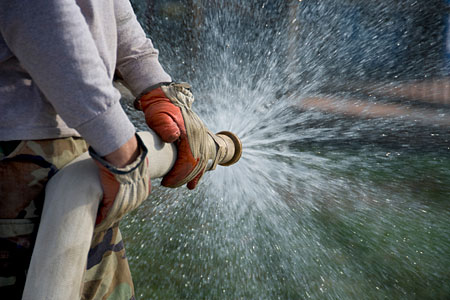 It could be simply my age catching up to me, or maybe the pace of life really has accelerated, but I find myself unable to keep drinking from the firehose of media, especially when so many other outlets are doing a fine job of it already.

My aims for beginning this site were pretty straightforward: I wanted to become a more knowledgeable cinephile, and a better writer about film. I also wanted to share films that needed more exposure with an audience, however big or small. I’ve tried to write more about documentaries, or foreign films, or films that are not new.

I think I’ve gotten away from that over the past year or two, as the profile of film blogs has allowed more of us access to press screenings and DVD review copies. As the industry’s need to keep feeding us new product to sell overwhelmed my own need to deepen my appreciation for film, I think Toronto Screen Shots lost its way a little bit.

Another problem is that smaller film festivals which used to realize a huge benefit from online coverage (Toronto After Dark, Reel Asian, Cinefranco, European Union Film Festival) no longer really depend on me the way I used to think they did. Out of loyalty, I have kept trying to cover them, and this year in particular, I feel that I failed.

Back in the summer when I was riding high, I applied for TIFF accreditation for the very first time. When that didn’t come through (along with my rejection for membership in the OFCS, received around the same time), my confidence took a hit, but in hindsight, I’m glad I wasn’t thrown into that maelstrom. It’s clear to me that I need to slow down, to cut back, to reflect more.

The online environment has room for all kinds of writing. I’m disappointed that perceptions of film blogging seem so tilted toward blockbusters, toward discussions of box office numbers, toward only the newest films. That kind of coverage will be as disposable online as it is in print.

So I hope you’ll bear with me as I try to realign Toronto Screen Shots with what my original goals were back in 2007. I hope that freeing myself from the “firehose” will break the crippling writer’s block I’ve been feeling for the past few months.

Maybe when I get my (modest) mojo back, I’ll actually start asking if anybody out there wants me to write for them. Stay tuned.

Note: I tried to find information about the images used in this post but was unable to. If you are the copyright owner, please contact me should you want the images removed or proper credits attached.

This entry was posted in Personal and tagged apologia, manifesto. Bookmark the permalink.

7 Responses to A Word from the Man Behind the Curtain