Waiting for the End of the World: Lars von Trier Retrospective at TIFF Bell Lightbox

Years before he was persona non grata at the Cannes Film Festival, I discovered the films of Danish “bad boy” Lars von Trier at the old Cinematheque Ontario. So it’s fitting that the folks behind the Cinematheque are bringing a mini-retrospective of his work to their new digs at the TIFF Bell Lightbox. Beginning tonight and running through November 19, six of von Trier’s earlier films will be shown as a sort of appetizer for his latest, Melancholia, which opens on Friday November 18. 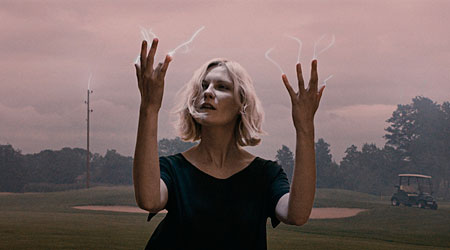 Though I’m disappointed with the omissions, both obvious (no Antichrist?) and not-so-obvious (The Kingdom would have been perfect running over a few nights, and Epidemic seems not to be shown much), I’m most excited to revisit the (literally) dark early films that were my introduction to his work. The Element of Crime (1984) is a sort of police procedural, with a protagonist who practically goes mad trying to track down a serial killer in a post-apocalyptic and dreamlike environment that just might be the inside of his own head. And Europa (1991), the very first of von Trier’s films I saw, which follows a naive young American working as a porter on a very strange train in post-World War 2 Germany. Both films are dripping with style, evocative images, and dark, dreamlike plots. 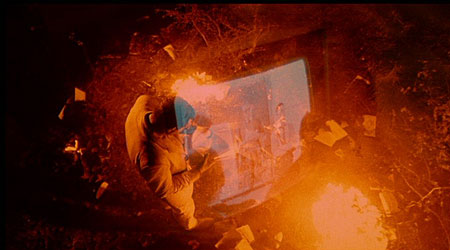 I’d also like to finally see The Idiots and Dogville, both of which seemed reliably provocative when I saw clips during Adam Nayman‘s excellent class earlier this year at the Jewish Canadian Cultural Centre. 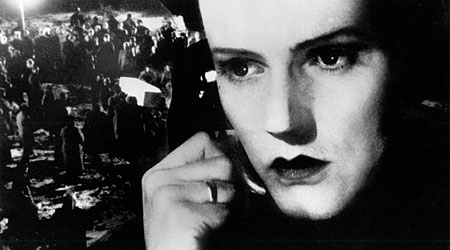 Here are the details for the schedule. Don’t forget that in addition to the retrospective, you can see Melancholia beginning Friday November 18.

As always, tickets are available online.