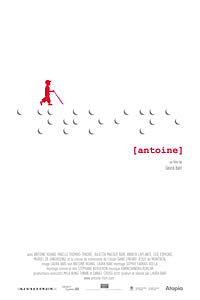 Editor’s Note: I’ve decided to begin posting some reviews of films screening at Hot Docs 2009 early, hopefully helping anyone attending make some decisions about what to see. Antoine is screening on Tuesday May 5 at 7:30pm at the Royal Cinema and Wednesday May 6 at 4:30pm at the Cumberland Cinema.

Antoine (Director: Laura Bari): Six-year-old Antoine Houang will steal your heart. Blind since birth, Antoine nevertheless approaches the world with endless curiosity and enthusiasm. A poet in a tiny body, he spends his days playing a game of “private detective” investigating the disappearance of a certain “Madame Rouski.” Bari shoots the entire film from a kid’s-eye perspective and never intrudes. But she takes cinema verité to another level, resulting in a lush voyage into a precocious imagination. Although Antoine cannot see, the film itself is filled with bright colours and unforgettable images. The adventurous Antoine runs, skates, rides horses, (pretends to) drive a car, and more. Bari, an educator, collaborated with Antoine over a two-year period and let him choose the detective game as a structuring device. Her film was both a creative endeavour and an attempt to learn more about the process of personality formation in children. But that’s not explicitly spelled out in the film, nor need it be.

Entering Antoine’s world means you will listen as he takes calls from the elusive Madame Rouski on his cellphone, as he recalls his memories and his “non-memories”, and as he gathers his friends Mäelle and Juliette to help him investigate the case. A true collaborator on the film, Antoine chose sounds to record and is often seen wearing his headphones and carrying his microphone around. In between updates on the “case,” we see Antoine at home and at school, where he’s integrated in a regular Montréal classroom. 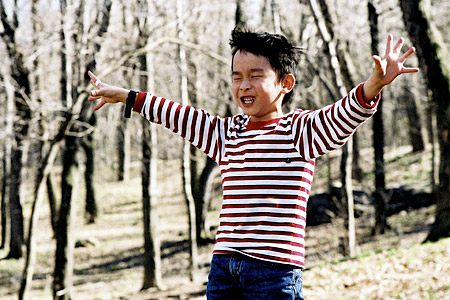 Some might wish this was a more traditional documentary, with more focus on his family or his teachers, but I was swept away by the intelligence and joy of this little boy and didn’t want to leave the world of his vivid imagination. That being said, the passing of time in the documentary (ie. the seasons, his sixth birthday, the end and beginning of the school year) pulled me out of the “plot” a little, and made me wonder how a child of his age could sustain a game for so long. It was only later that I learned that the game was something worked out between him and the filmmaker. That also makes me wonder a little bit about some of the incredibly poetic things Antoine says. I want to think that it’s all him, but it seems too incredible.

Nevertheless, Antoine is a remarkable boy, and Bari has made an absolutely delightful film. Much like Juraj Lehotsky’s Blind Loves (review), she has collaborated with someone without sight to bring their imagination to life, and the result is something both visually beautiful and incredibly moving.