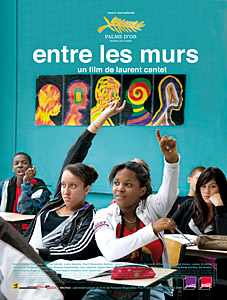 Entre Les Murs (Director: Laurent Cantet): Winner of the Palme d’Or at this year’s Cannes Film Festival, this film was shot documentary-style in a real French classroom with nonprofessional actors. The teacher (François Bégaudeau) plays himself in a screenplay he wrote based on his own novel, which follows the life of a young teacher of the French language in a multicultural classroom. I’ve read about the wonderfully naturalistic performances of the students, who collaborated and rehearsed together well before shooting began.

Waltz with Bashir (Director: Ari Folman): Animation can sometimes be a good way to deal with difficult subjects. In this case, it’s the memories (or rather, the lack of memories) of the director, an Israeli soldier who took part in the 1982 Lebanon war. In one of the war’s more gruesome atrocities, the Israeli army stood by as “Christian” Phalangist militias entered the Sabra and Shatila refugee camps and massacred men, women and children for three horrific days. More than 3,000 were killed. Despite the militias’ stated aim of rooting out Palestinian fighters, the vast majority of these fighters had been evacuated weeks before. The bloodbath was widely seen as revenge for the assassination of the Phalangists’ leader, the recently-elected President Bashir Gemayel. This sounds like a very personal film, and also promises to explore memory and issues of post-traumatic stress disorder in an innovative way. 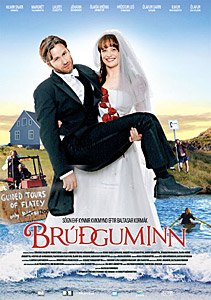 Brúðguminn (White Night Wedding) (Director: Baltasar Kormákur): As a longtime fan of Icelandic cinema, I try to see as many of the country’s films as possible, and after enjoying Kormákur’s Mýrin (Jar City) (review) at last year’s TIFF, I’m interested in seeing this one, too. This looks like more of a comedy, and it’s apparently based on a Chekhov play. The scenery of rural Iceland looks spectacular, which means it will be a good warmup for my own visit to the country later in September for the Reykjavik International Film Festival.